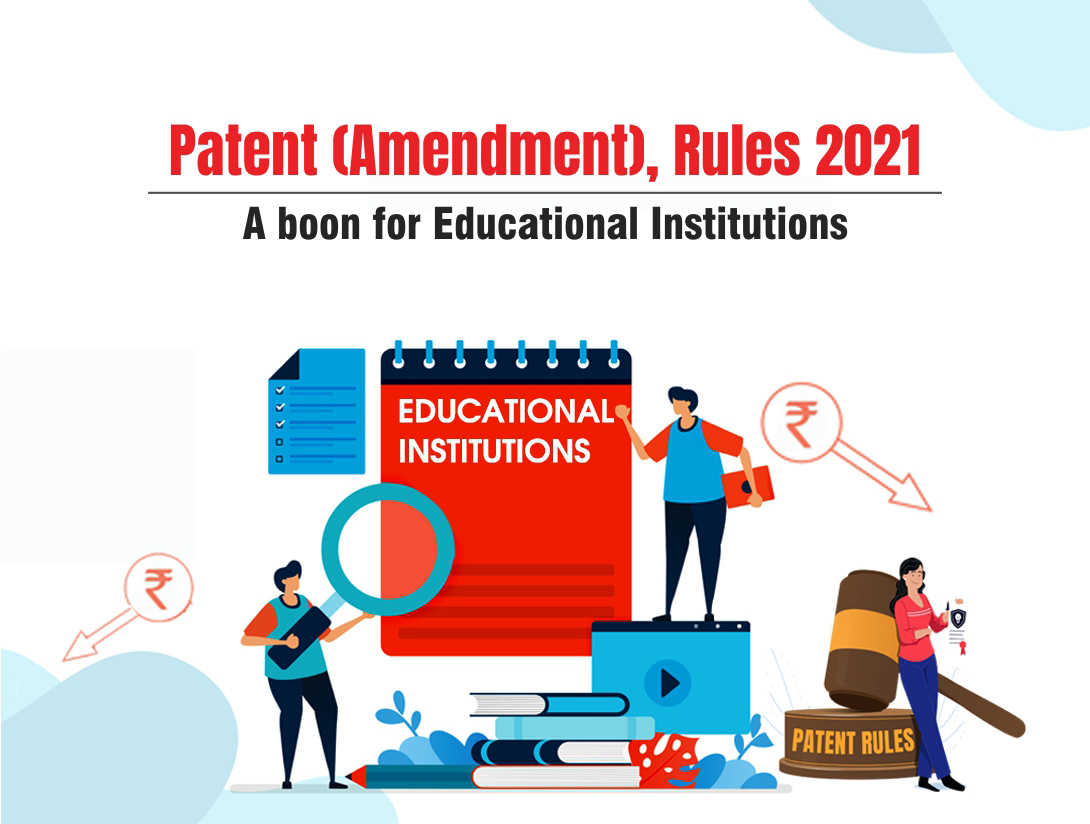 INTRODUCTION
Universities and educational institutions have been drivers of knowledge economy precisely because of being a hub and a source of leading new technology developments thereby providing a significant push to the economy to expand and advance. Be it technology commercialization ventures or university based start-ups, publications, collaborations or licensing of know –how and patents, regulating IP policy framework in context of educational institutions assumes critical importance.  It is significant that the technology and innovation must reach the society and people at large but at the same time a robust IP protection regime is crucial. For many years, due to lack of awareness as well as a complex mechanism of filing patents and other form of IP coupled with exorbitant fee, many educational institutions and universities were refrained from being able to create full value out of their intellectual property. Filing a patent being a long and cumbersome process, discouraged many inventors and innovators to seek adequate protection for their products and processes at appropriate time. At Knowledgentia, which is the best law firm in India, we carry out best international practices by advising our clients who are associated with educational institution for domestic filing of patents as well as matters concerning Global IPR protection.

ADVANTAGES OF PATENTING FOR EDUCATIONAL INSTITUTIONS:-
Educational Institutions engage in many research activities where professors, students and associated members come together to generate new technologies which can be used for benefit of society. It is important that such inventions are protected via patents and their facilitation for commercialization is encouraged for dissemination to large number of people in society who can benefit from them in their day to day life. Few advantages of patenting for universities are as mentioned below :-

INDIAN PATENT REGIME
Patent regime in India has undergone a significant shift in last few years specially after the introduction of amendments to patent rules in the year 2016, 2017, 2019 and 2020.  While it all started in the year 2005 when product patents for food, drug and pharmaceuticals were introduced which was thereafter followed by patentability of computer programs , compulsory license of export of patented pharmaceutical products, pre grant oppositions, procedural amendments relating to submission of forms, omission of extension of 3 months to file complete specification . The role of government in taking action to consistently remove procedural inconsistencies has been a contributive factor in overhaul of entire patent system in India. Augmentation of manpower by recruiting new examiners,  transition of patenting process to digital mode, hearing of cases through video-conferencing for speedy and fast track proceedings, quick dissemination of information to all stakeholders lodging feedback and complaints, launching of mechanism of  filing complaints and feedback on IPO website,  conducting awareness programs on a large scale in schools, universities, industries as well as with legal and other stakeholders along with many other reforms have resulted into decrease in time period for entire filing and examination process from 72 months in 2016 to 12-24 months in 2020 resulting into a significant rise in number patents being filed , enabling India to jump to rank 46 at the Global Innovation Index from 81.

PATENT (AMENDMENT) RULES 2021
In order to further encourage innovation and creativity in knowledge economy,  the Patent Rules, 2003 have now been amended via Patent (Amendment) Rules, 2021. There has been a major debate about paying of fees while applying for patents which many times served as discouragement for many individuals in academic institutions as well as the institution itself.  Now, to encourage greater participation of the educational institutions, who play a pivotal role in country’s innovation, official fees payable by them has been reduced by 80%. As per this amendment, there is a reduction in patent filing fee for educational institutions from Rs.8000 to Rs.1600.

Below is a brief outline of this amendment :-

“Provided further that in the case of a small entity, or startup, or educational institution, every document for which a fee has been specified shall be accompanied by Form-28.”

India has recently witnessed 572% record breaking hike in grant of patents in last 7 years and created a benchmark of being an “Innovation Powerhouse”. With Intellectual Property’s power to change lives at the most fundamental level, these new amendments with further pave the way for expanding economy, industry and other sectors in these most challenging and unprecedented times. IP revolution brought about by these amendments will definitely lead to job creation, competitiveness boosting quality and manufacturing. At Knowledgentia, with expert and foremost best patent consultants in India, we assist our clients in making patent searches, drafting, filing, prosecution, technology transfers  and commercialization of research activities a rewarding, value creating and a smooth process. You may visit our website https://knowledgentia.com/ or email us at info@knowledgentia.com for any related queries.