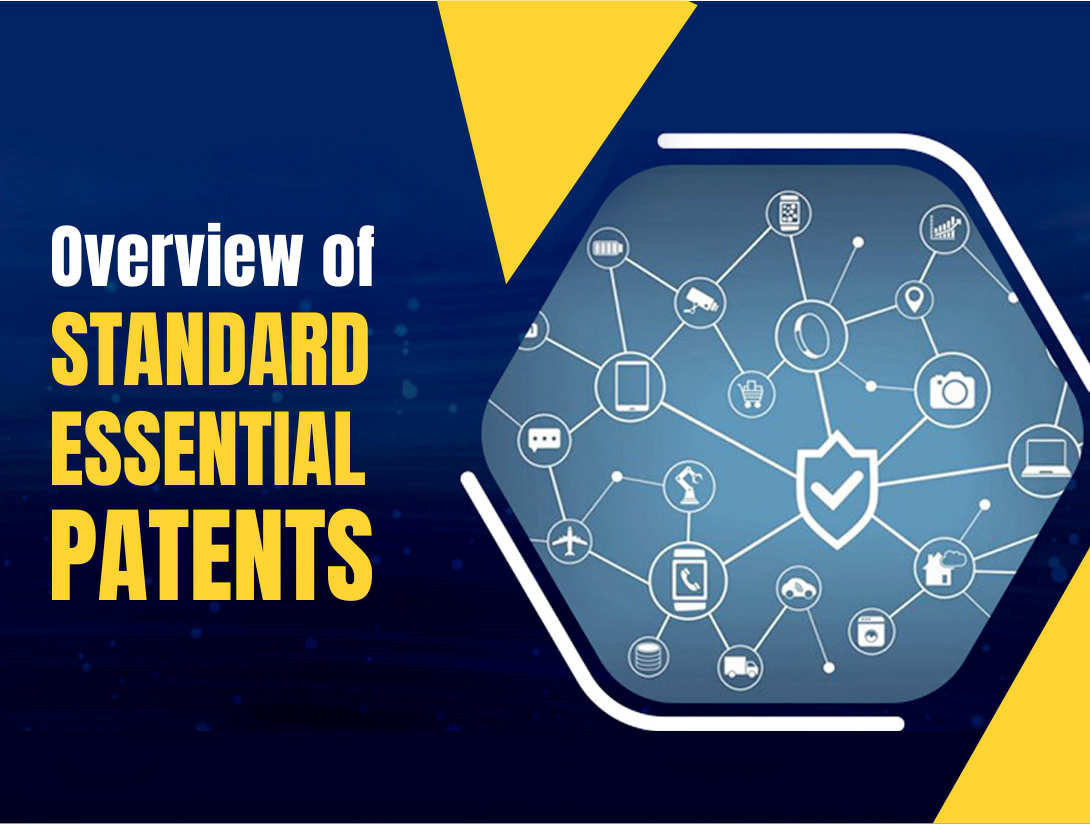 INTRODUCTION
The term standard essential patents refer to implementation of a specific industry standard. Standard refers to any kind of technical requirement or specification that provides a common design or basic structure for a product or a process. Basically, the core innovation upon which entire industry is built upon is what SEP’s refer to. Washington District Court in Microsoft Corp. vs. Motorola Mobility, Inc. defined SEP as “A given patent is essential to a standard if use of the standard requires infringement of the patent, even if acceptable alternatives of that patent could have been written into the standard.” A patent is also essential “if the patent only reads onto an optional portion of the standard.”

Once a patent is declared SEP, it can be further licensed on FRAND terms. These standards continue to undergo further development over a period of time. At Knowledgentia, we provide Global IPR protection services and with a team of the best patent consultants in India, we offer concrete advisory opinion on all matters relating to patents and SEP’s.Many leading research and development organizations invest millions of dollars in cutting edge technology solutions and in turn they expect a fair return on investment. A lot of inventions are not actually used but contribute towards forming the base and foundation of final product or process for instance in the case of cellular and telecommunication sector. All those organizations and individuals who contribute patented technologies to development of a standard provide a FRAND (Fair, Reasonable and Non-discriminatory) assurance in return of providing access to patents that become essential in implementation of a standard. A balanced system of FRAND licensing terms are beneficial for everyone involved right from the patent owner to end user including the intermediaries in between.  Examples could range from a Bluetooth, Wi-Fi and LTE for our mobile devices, and other various technologies found in producing video, audio, and autonomous vehicles. Standards are set by Standard Setting Organizations (SSOs), such as the European Telecommunications Standards Institute (ETSI) in Europe, Alliancelec for Teommunications Industry Solutions (ATIS) in the United States, and many others around the globe.
CHALLENGES RELATING TO FRAND TERMS One of the most controversial issue relating to standard essential patents is their violation. There is often a tussle regarding the royalty rates between the company who invests its resources in R&D to develop the standard and the company that seeks to license it.  The SEP license holders are often seen approaching the court for filing infringements against those who are not obeying the terms and conditions of license. On the other hand, the licensee is seen approaching Competition commission in India, filing complaints for the “abuse of dominant position” and anti-competitive agreement against SEP holder. Few challenges are mentioned as under :-

SEP JURISPRUDENCE AND THE TERMS OF OPERATION IN INDIA

We have many cases in India with respect to Standard Essential Patents (‘SEPs’). InterDigital v Xiaomi  judgment that came in May 2021 is a very significant case law  that relates to litigation occurring in different countries.  A US tech company, InterDigital filed a suit against Xiaomi, claiming infringement of its 3G and 4G patents. InterDigital had previously issued licenses of its SEPs to third parties and invited Xiaomi to do the same. However, the rate proposed by Xiaomi was rejected, as InterDigital believed that it was unfair and non compliant with  FRAND terms.

On 3 May 2021, the Delhi High Court issued the first Indian anti-anti-suit injunction. This judgment confirms its 9 October 2020 order whereby it granted an ad interim anti-anti-suit injunction against Xiaomi, directing it not to pursue or enforce the injunction it had secured from the Wuhan Court. The Delhi High Court held that a court of one state (i.e. the Wuhan Court) cannot bar the parties from pursuing the dispute at a forum in another state (i.e. the Delhi court), when this foreign forum has the competent jurisdiction to hear the case.

This was the first case in India on SEP. In this case, Micromax claimed that Ericsson demanded unfair, discriminative and intense royalty for its patents regarding GSM technology. Micromax entered into a Non-Disclosure Agreement with Ericsson after being sent two notices Micromax, before the Competition Commission of India stated that Ericsson is abusing its dominant position by imposing exorbitant amount of royalties for SEPs after the High Court of Delhi passed an ad interim ex-parte order in favour of Ericsson. It also stated that the royalty was charged on the basis of the value of the phones. For the very first time, the concept of standardization and FRAND Term came into limelight through this case. It was explained that standardization is the procedure of developing and executing technical standards and these standards are known to be SEP.

In this case, Qualcomm which is one of the world’s largest manufacturer and distributer of mobile chips, developed a technology that was essential for connecting phones to cellular networks. Company earned a part of its revenue by providing licenses to many device makers, with fees based on the value of the whole phone. The company also owned several patents in relation to 3G, 4G and 5G networking technologies, as well as other software. FTC alleged that Qualcomm had considerable market power in the premium LTE modem chip market and exercised that power in the form of excessive licensing fees on product manufacturers and its customers and also conditioning the licensing agreement of such SEPs such that the user is forced to have a subscription of other services that Qualcomm provides, hence violating the FRAND terms. They also accused Qualcomm of engaging in certain exclusive deals and foreclosing competition. The court issued an injunction forbidding Qualcomm from entering into exclusive dealing agreements for the supply of modem chips.  Additionally,  Qualcomm was ordered to negotiate license terms for its SEPs in good faith without the “threat of lack of access” or “discriminatory provisions.”

SEP’s offer many advantages like they support in developing better machines and processes, product development, exchange of technology for upgrading the products to benefit end users and generating profits. At the same time, there are many challenges too as result of no proper guidelines and excessive royalties and violation of FRAND terms. India, being a developing country, it is essential that we are able to benefit from technological revolution. Having sound guidelines for SEP licensing and developing a control mechanism for enforcement of FRAND terms will give concrete direction to the field of R&D as well. At Knowledgentia, we have best patent consultants in India and are well versed with all latest trends in the field of SEP’s thereby providing effective solutions for our clients and colleagues across the world. We are your one-stop solution for all kinds of legal, compliance and supplemental matters concerning patents. In case of any query regarding this matter you may email us at info@knowledgentia.com or visit our website –https://knowledgentia.com/.