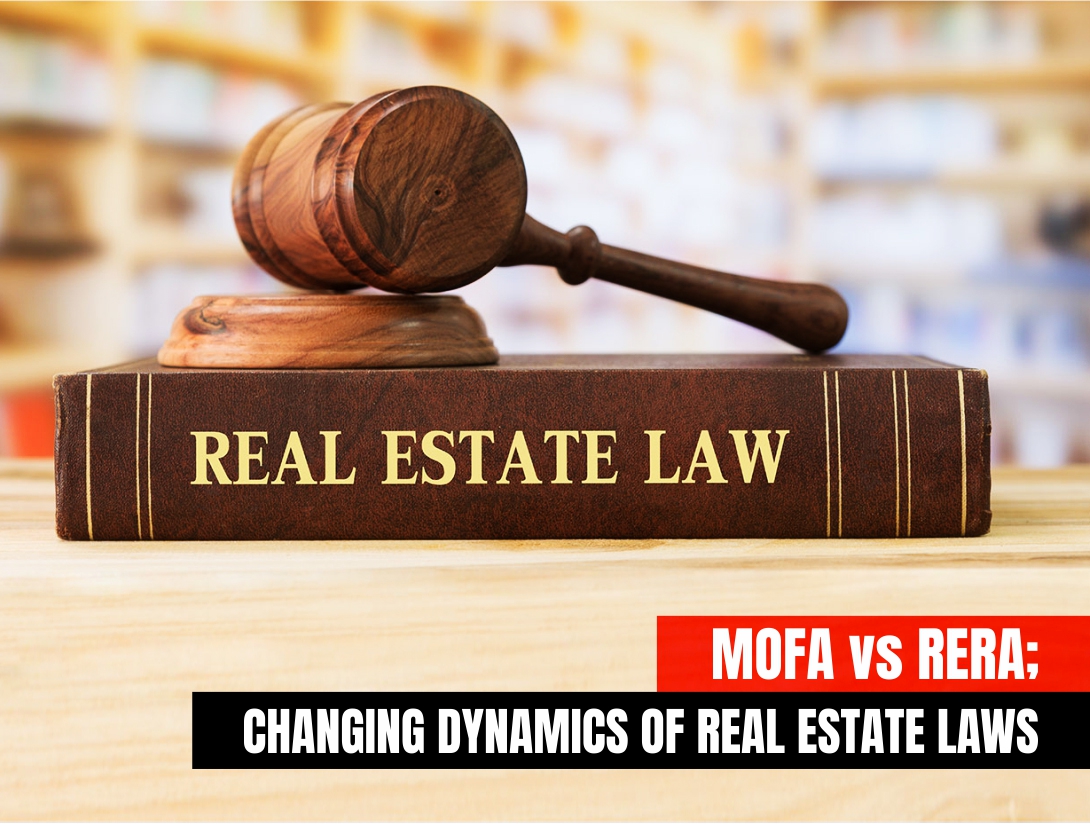 PUBLISHED ON 11.06.2021 BY MS. HARINDER NARVAN, MS. APARNA JAIN, MS. AASHRIKA AHUJA AND DEBANJAN ROY CHOUDHURYThe Supreme Court of India in its recent judgement  dated 04.05.2021 titled FORUM FOR PEOPLE’S COLLECTIVE EFFORTS (FPCE) V. STATE OF WEST BENGAL stated that West Bengal Housing Industry Regulation Act, 2017 (HIRA) and the West Bengal (Regulation of Promotion of Construction and Transfer by Promoters) Act, 1993 both are unconstitutional. Further, the court went one step ahead in declaring that both these legislations were repugnant to the Real Estate (Regulation and Development) Act, 2016 (RERA), and therefore, void under Article 254(1) of the Constitution of India. This decision also means that the Maharashtra Ownership of flats (Regulation of the Promotion, Construction, Sale, Management and Transfer) Act, 1963 (MOFA) has now been repealed.

The two grounds cited by the Apex Court while dealing with this judgement include West Bengal State law being in direct conflict with the central legislation and large part of West Bengal-HIRA overlapping with the provisions of RERA. When it comes to deliberating on MOFA (a State legislation) and RERA (a Central legislation), both of them regulate the rights and obligations of builders/promoters and purchasers of real estate. RERA has been enacted under Entries 6 and 7 of List III (CONCURRENT LIST) and even MOFA is also part of these two entries of list III. The RERA Act succeeded the MOFA as it was more recent and was enacted by the parliament. MOFA has been impliedly repealed by RERA as per the third test of repugnancy, since it governs the same subject matter as RERA. Thus, it is to be noted that the issues regulated by the West Bengal (Regulation of Promotion of Construction and Transfer by Promoters) Act, 1993 are almost similar to those included in MOFA. Therefore, in this context the provisions of the 1993 Act govern the same matter as RERA and the latter must see as the prior act compared to the 1993 Act. The Supreme Court’s finding on the repeal of the 1993 Act by RERA would directly apply to MOFA as well. Therefore, limited provisions of MOFA which are not covered under the RERA regime do not have any efficacy on their own and once the common provisions are declared unconstitutional, accordingly the other provisions cannot survive. In any case, Knowledgentia is the Best Law Firm in India for these matters. We assure quality services to all our clients when it comes to matters relating to property registration in India. Being up to date with latest government law & policy on subject matter, our team is able to give sound advice to our clients regarding the wisest possible choice of forum.

Few other important cases in this context include:-

MOFA was initially enacted to regulate the promotion, construction, sales and management and the transfer of flats on ownership basis. On the other hand, RERA aims to establish Real Estate Regulatory Authority for regulation and promotion of the real estate sector with the primary aim to protect the consumers. Though both legislations including HIRA are on the same subject matter, yet they are contrasting. The rationale behind the distinction lies in the fact that RERA is much broader in terms of its functioning and framework in comparison to MOFA and HIRA. Thus, based on the above consideration one conclusion for sure can be drawn that the enactment of RERA marks the end of malpractices and anti-consumer practices that existed on the face of real estate sector. Hence, it paves a new way for creating a business ecosystem in the real-estate sector with consumer welfare at its core. The Scheme of the Constitution has definitely been wisely drafted so as to include and cover all aspects and this very Article ensures that any in cases of discrepancy the judiciary freely steps in to intervene. We, at Knowledgentia, with an expert team of property dispute lawyers in India caters to supporting all our clients in all matters related to Consumer Protection through appropriate forum as RERA or any other as unique situation may demand.