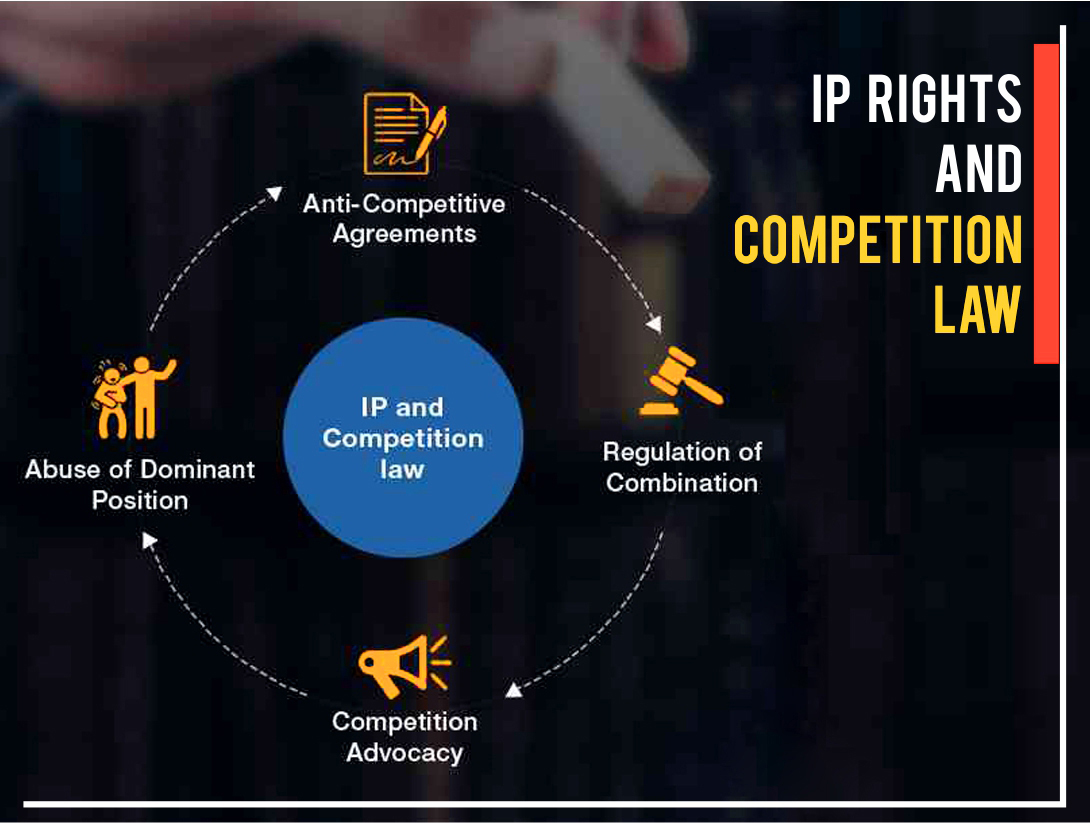 As far as intellectual property rights regime is concerned, it exhibits the characteristics of inherently being pro competitive as consumers can make choices between competing entrepreneurs and their goods and services. But the goal of both intellectual property rights regime and competition policy is economic efficiency and welfare. Intellectual Property regime’s support for technological innovation as well as competition law’s aims to support strategies that support product growth lead enabling both competition policy and IPR regime come at a common platform instead of being at crossroads which is the most popular myth among both the industries. At Knowledgentia, which is top law firm for global IPR protection, our experts offer advisory where our clients can harmonies with competition policy of the government along with protecting and strengthening their IPR.

The Competition Law deals with an efficient mechanism to counter anti-competitive agreements, whereby, regulating mergers and acquisitions, restricting the use of dominant position etc. of enterprises in the market, whereas, the Intellectual Property Law tries to strike a balance between the rights of the owner and as well as the social interest of the public at large. Intellectual Property Rights helps the owner of the intangible property to get an exclusive right and monopoly over his creation, also, promoting the competition within the market.

Generally, the Intellectual Property Law and the Competition Law have conflicting objectives. The reason behind this conflict is that Intellectual Property creates limits in the market within which competitors may be unable to exercise certain rights over the invention, thereby, creating monopolies in favour of one enterprise. This limitation seems to be against the market access and level playing fields under the Competition Law, specifically restricting the competitors, thereby, enjoying the monopoly position in the market. The primary objective of the Competition Law is to stop the abusive practices in the market, stipulate and encourage competition in the market and make sure that the customer interest is protected, whereby, providing them goods or services at an affordable price with improved quality.

The Bombay High Court in this case held that the Competition Commission of India has jurisdiction to look into the matters of Competition Law and Intellectual Property Rights.

The court held that Section 3 (5) does not limit the right of the holder of Intellectual Property Rights to sue for infringement of the copyright, trademark, patent, etc. The Competition Law does put the bar on the application from the other law.

25 May, 2011 before The Competition Commission of India, New Delhi

In this case, the Supreme Court observed that the charge of royalty through an issue of license for the copyright owner is not an absolute right. If the patented product is priced very high then it will directly contradict the Competition Law and awarding a license only to one person upon application would go against the very spirit of the statute.

Concluding, it can be said that both the Intellectual Property Laws and the Competition Laws are complimentary to each other rather than contradictory and there is a harmonious interplay between the both. At Knowledgentia, which is the best corporate international law firm in India, we have experts who are well versed with all latest trends in the field of IPR and competition law thereby providing effective solutions for our clients and colleagues across the world. We are your one-stop solution for all kinds of legal, compliance and supplemental matters concerning all IPR matter. In case of any query regarding this matter you may email us at info@knowlegentia.com or visit our website -https://knowledgentia.com/.