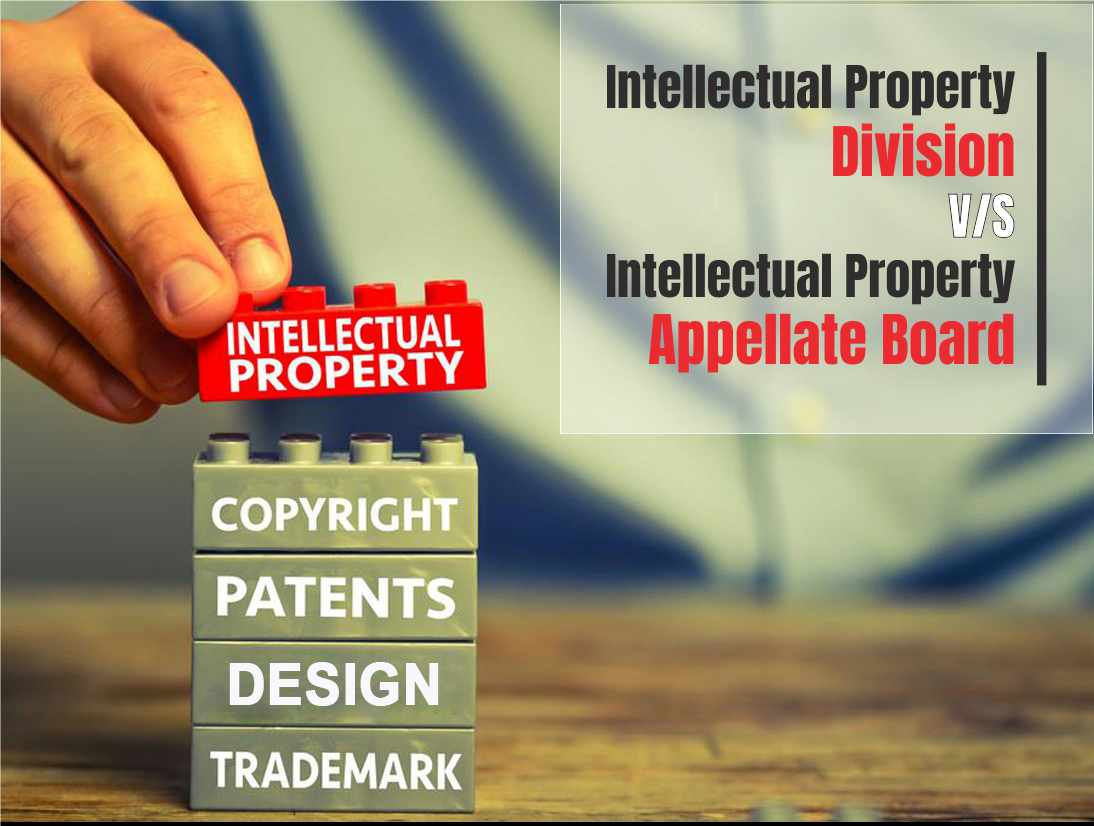 PUBLISHED BY MS. APARNA JAIN, MS. HARINDER NARVAN, MS AASHRIKA AHUJA AND MR. ISHAN BERRY ON 30.07.2021With increasing significance of protecting one’s intellectual property rights as the world prepares to make a speedy transition to a digital economy; the controversial abolition of India’s Intellectual Property Appellate Board (IPAB), came as big jolt to entire IP regime in India. As we were just recovering from this shock and bracing ourselves to get accustomed to different model of working, the Delhi High Court announced the creation of an Intellectual Property Division (IPD). This separate division is certainly a response to The Tribunal Reforms (Rationalisation and Conditions of Service) Act, 2021 that abolished IPAB. One of the interesting thing is that while not all legal tribunals were in the crosshairs (only those that handle cases “in which the public at large is not a litigant”) the IPAB was targeted and proposed for abolition. The ordinance was promulgated in April, with the IPAB effectively abolished from then. Subsequently, all matters (and appeals) pending before the IPAB under various IP statutes were transferred to the respective High Courts across India including in Delhi, Bombay, Madras, Calcutta and Ahmedabad.The Delhi High Court has created a dedicated IP Division (IPD) that will see special IP benches created to hear matters including: IP-related lawsuits, revocation applications, cancellation applications, appeals from the office of Indian IP Office, and all other proceedings that, in the past, would have been managed by the IPAB (under the various IP statutes). While the division has been launched, its own set of rules – ‘the IPD Delhi High Court Rules’ – are in the process of being framed. At Knowledgentia, with dedicated professionals for global IPR Protection, we offer advice relating to entire lifecycle of IPR that covers latest legal developments and protects our clients from unnecessarily getting involved in forum shopping.

According to the press release, this ordinance meant that the approximately 3000 pending IPAB cases concerning appeals from IP offices and revocation matters would be transferred to the Delhi High Court. And this was in addition to the already pending infringement matters, writ petitions, appeals from commercial courts etc. before the court. In order to find a way to deal with such a huge number of IP cases, a two-member committee consisting of Justice Prathiba M. Singh and Justice Sanjeev Narula, had been constituted by Justice D.N. Patel. Based on the committee’s recommendations, the IPD has been created. The press release provides that the IPD will also be handling ‘Writ Petitions (Civil), CMM, RFA, FAO relating to Intellectual Property Rights disputes (except those which are required to be dealt with by the Division Bench).’ This move is in line with practices in other countries such as the UK, Japan, Malaysia, Thailand, China etc. Chief Justice of the Delhi High Court, D.N. Patel, while directing the creation of IPDs, also noted that the bench should be notified by Hon’ble the Chief Justice from time to time and exclusive IPD Benches are also likely to be created for dealing with such matters.

The creation of the Intellectual Property Division (IPD) in the High Court of Delhi is a significant step which is in line with global practices in this regard. Such IP Divisions or IP Courts, which exclusively deal with IPR matters, already exist in the UK, Japan, Malaysia, Thailand, China etc. The creation of IPD with comprehensive Rules governing IPR matters, is a momentous step taken towards efficient disposal of such matters.

As one of the best corporate international law firm in India, we take great pride in advising our clients regarding all latest uptodate changes with respect to IP Legislations. Some changes are discussed as below :-

Copyright Act, 1957
The Appellate Board under the Copyright Act is now dissolved and the powers of the Board are transferred to the Commercial Court and High Courts. Section 12 defining the powers and procedure of the Appellate Board has been deleted. The Commercial Courts now possess the power to make final calls on whether a work has been published, handle assignment dispute, decide the term of copyright in anonymous and pseudonymous work, grant compulsory and Statutory Licenses, to grant a license to produce and publish translations, to grant a license to reproduce and publish works, to hear disputes with regards to tariff schemes by Copyright Societies and to fix resale share right in original copies of the first author. Furthermore, the High Courts possess the powers to rectify the Register of Copyrights as per Section 50. It also has the power under Section 70 to hear appeals against the orders of the Registrar of Copyrights. As one of the best law firm in India providing expert copyright registration services in India, our clients trust us completely with the choice of appropriate forum for filing and neforcment of copyright.

Patent Act, 1970
Knowledgentia has one of the best patent consultants in India and our clients take great pride in associating with us for our professionalism and expertise in this field. This ordinance has led to the abolishment of the Appellate Board, which possessed the power to hear appeals against decisions of the Controller General of Patents regarding revocation, ratification of patents, etc. The High Court, now is empowered, inter alia, to revoke the patent granted to fraud and to grant a patent to the true and first inventor, to rectify the Register of Patents as per Section 71 by making variations or deletions, to allow an amendment to complete specification, to issues validity certificate of specification.

Trademarks Act, 1999
With the abolishment of the IPAB, the power of appeals against the decision of the Registrar of Trade Marks has been transferred to the High Court. The word ‘Tribunal’ or ‘Appellate Board’ is replaced with ‘Registrar or the High Court’ per context. The power conferred to the Registrar of Trademarks and the High Court is: to remove a trademark from the Register and to impose limitations on grounds of non-use, to require an applicant to furnish security, to vary registration and rectify the register, to deal with registration application of certification trademark, to admit evidence in proceedings, among others. Whatever be the changes in existing legal system, at knowledgentia which is the foremost trademark and brand registration firm in India, we are ready to always quickly adapt to any changes and embrace flexibility in our approach at all times.

Geographical Indications of Goods (Registration and Protection) Act, 1999
As, per the Ordinance, the powers of the Appellate Board have been transferred to the Registrar of Geographical Indications and High Courts. The common power possessed by them is to remove from the register due to failure to pay a fee for renewal, to vary registration and rectify the register, and to admit evidence in proceedings. Additionally, the High Courts are possessed with the powers to hear appeals from the decision of the Registrar, to communicate every order of the High Court to the registrar, to stay proceedings when the invalidity of registration is pleaded, to issue a certificate of validity of registration.

Protection of Plant Varieties and Farmers’ Rights Act, 2001
Per the Ordinance, the Plant Varieties Protection Appellate Tribunal set under Section 54 has been abolished. Hence, the power to hear appeals against decisions of Registrar with regards to registration of a variety or a licensee of a variety, or regarding revocation/ modification of compulsory license, etc. are now transferred to High Court. Additionally, the High Court can pass orders as it deems fit.

The abolishment of IPAB amounts to the restoration of the status quo, as prior to the establishment of IPAB, the power to adjudicate was vested with the High Courts. The move is considered a step forward to deal with the pending cases and strengthen the IP protection and enforcement system. However, only time will tell whether the abolishment of the special tribunal will lead to a stronger IP regime by shifting the burden to the High Courts which may lack the technical knowledge and expertise in the field of IPR.

The Delhi High Court has notified new nomenclature in respect of the matters relating to Intellectual Property Rights (IPR) coming into force with immediate effect. The office order issued by High Court on 14.07.2021 by the Registrar General states that the existing nomenclature of WP-C will be replaced by WP (C)-IPD. Similarly, Civil Misc. (Main) will now be replaced with Civil Misc. (Main)-IPD for dealing with IPR related matters. Others nomenclature include RFA-IPD, FAO-IPD, CRP-IPD, FAO(OS)-IPD, RFA(OS)-IPD and EFA(OS)-IPD.