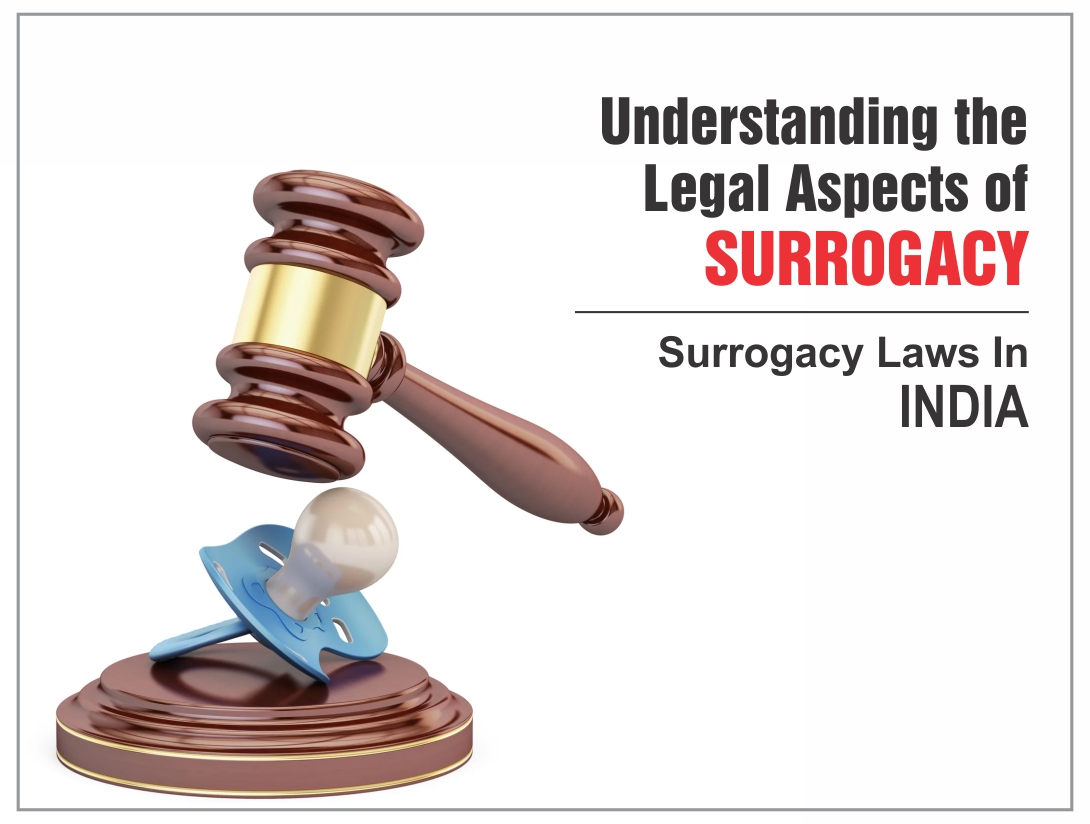 India often deemed as “Surrogacy Capital of the World” is finally on the road to streamlining Surrogacy laws with the passage of The Surrogacy (Regulation) Bill, 2019 on 05.08.2019. This bill was introduced by the Minister of Health and Family Welfare, Dr. Harsh Vardhan in Lok Sabha on July 15, 2019. The Bill defines surrogacy as a practice where a woman gives birth to a child for an intending couple with the intention to hand over the child after the birth to the intending couple. In simple terms, surrogacy is a method of Assisted Reproductive Technology, the process of having a child with the assistance of another person with support of advanced medical facilities.  In the case of Baby Manji Yamada v. Union of India, (2008) 13 SCC 518, the Supreme Court described the various forms of surrogacy, which include traditional surrogacy, gestational surrogacy, altruistic surrogacy, and commercial surrogacy.

Traditional Surrogacy refers to where child is genetically related to both surrogate mother who provides the egg and intended father or anonymous donor. In the case of gestational surrogacy, the child is related to woman who donated the egg and the intended father or sperm donor but not the surrogate. In case of Commercial surrogacy, gestational carrier is paid to carry a child to maturity in her womb. This reward involved in case of commercial surrogacy is much more than basic medical expenses and insurance coverage during surrogacy. This kind of arrangement is considered exploitative in nature and has resulted into attacking the dignity of respect of woman for many decades altogether. At Knowledgentia, we not only offer genuine legal advice to our clients but ensure that our clients lead a dignified and respectful life. Being one of the Best Law Firm in India, we provide clear direction to our clients in regards to matters as delicate as concerning surrogacy.

In 2002, commercial surrogacy or informally ‘Rent a Womb’ practice, was legalised in India. It was done to promote medical tourism in India and after this decision, India became “the hub of surrogacy”. The unregulated business of surrogacy raised concerns like unethical practices, due to it the middlemen and commercial agencies profited most, exploitation of surrogate mothers, abandonment of children born out of surrogacy, rackets like organ trade, embryo import, etc. That is why there was a need for legislation to regulate surrogacy in the country. The reasons which 208 Report of Law Commission of India cited to ban commercial surrogacy were use of this technique by lot of foreigners, lack of proper legal framework, resorting to surrogacy on account of poverty and unemployment by women of vulnerable section of society.

The new Bill prohibits commercial surrogacy, but allows altruistic surrogacy.  Altruistic surrogacy involves no monetary compensation to the surrogate mother other than the medical expenses and insurance coverage during the pregnancy.  Surrogacy is allowed when it is for intending couples who suffer from proven infertility; altruistic; not for commercial purposes; not for producing children for sale, prostitution or other forms of exploitation and for any condition or disease specified through regulations.

The main criteria for resorting to surrogacy involves the intending couple possessing a certificate of essentiality issued by district medical board. The certificate is issued upon fulfilment of the following conditions: (i) the couple being Indian citizens and married for at least five years; (ii) between 23 to 50 years old (wife) and 26 to 55 years old (husband); (iii) they do not have any surviving child (biological, adopted or surrogate); this would not include a child who is mentally or physically challenged or suffers from life threatening disorder or fatal illness; and (iv) other conditions that may be specified by regulations.

The central and the state governments shall constitute the National Surrogacy Board (NSB) and the State Surrogacy Boards (SSB), respectively.  Functions of the NSB include, (i) advising the central government on policy matters relating to surrogacy; (ii) laying down the code of conduct of surrogacy clinics; and (iii) supervising the functioning of SSBs.

The practice of surrogacy in our country definitely needs administration and direction for it to be undertaken with proper guidelines and to eliminate the exploitation that the surrogate mothers have to go through. Present Bill to an extent prohibits the exploitative and dehumanising practices that have been running across the very fabric of our nation since time without beginning.

Though this Bill fails to acknowledge Right to livelihood and Right to reproductive autonomy that form significant part of Right to life enshrined under Article 21 of the Constitution of India but it certainly aims at putting an end to a parallel exploitation industry that had taken root in the fabric of Indian society. There is also an extensive debate how since this bill allows for surrogacy only to married Indian couples and widows or divorcees and disqualifies others on the grounds of marital status, age, sexual orientation, and nationality, it  impinges upon the right to equality enshrined under Article 14 of the Constitution for being an unreasonable classification.

The Bill has been passed with the intention to uphold the respect for dignity of human life which is a foremost right and cannot be left to be compromised under any circumstances. All or any practices that aim at attacking this right must be abolished and opposed for the sake of protecting the social fabric of our society. We assure that at Knowledgentia, we will always commit ourselves to safeguarding the interests of our clients as a top most priority.